Job adverts. They’re often the first magnetic point of contact that attracts a worker to their next career move. But for many people, the subtly gendered language found in some job descriptions can have the opposite effect: putting them off applying for a role they might otherwise have jumped at.

An academic study had already exposed the detrimental effects of hidden bias in job adverts. Leading recruitment agency Totaljobs wanted to use this knowledge to help recruiters to create a more gender-diverse workforce.

To do this, we created the Totaljobs Gender Bias Decoder. This interactive tool lets recruiters paste in text from their proposed advert, revealing where they may be using gender-coded language. The Decoder then recommends better alternatives to any flagged words.

Totaljobs wanted to champion the powerful insights behind the decoder, so we also worked with them to create a page of animated visualizations exploring topics like the number of job ads analysed, the most biased levels of seniority and the most commonly used male- and female-biased words.

Gender-biased language in job applications is just one stage of ‘The Gender Pay Trap’, a cycle of gender bias in the working world that we previously helped Totaljobs uncover. 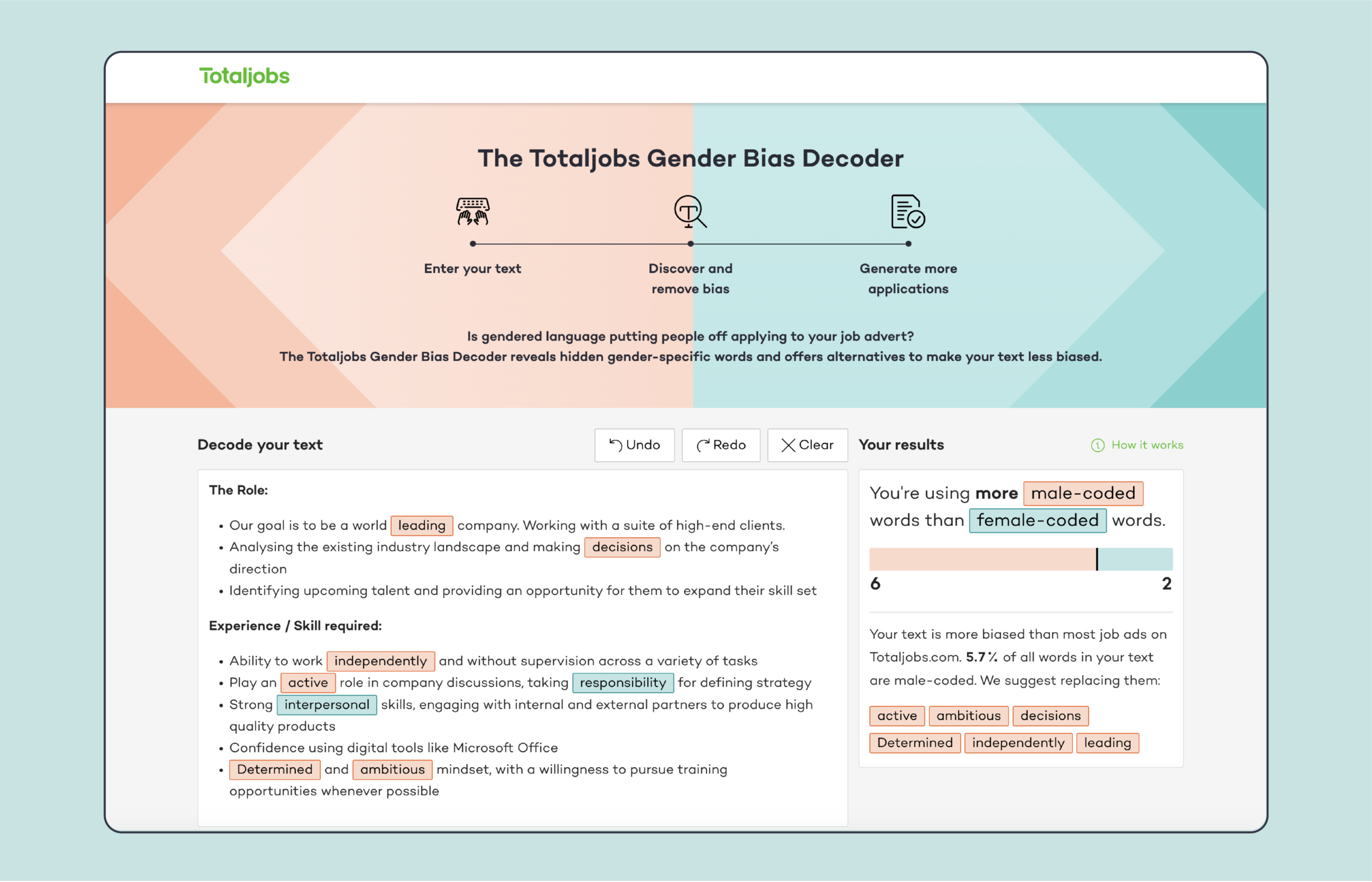 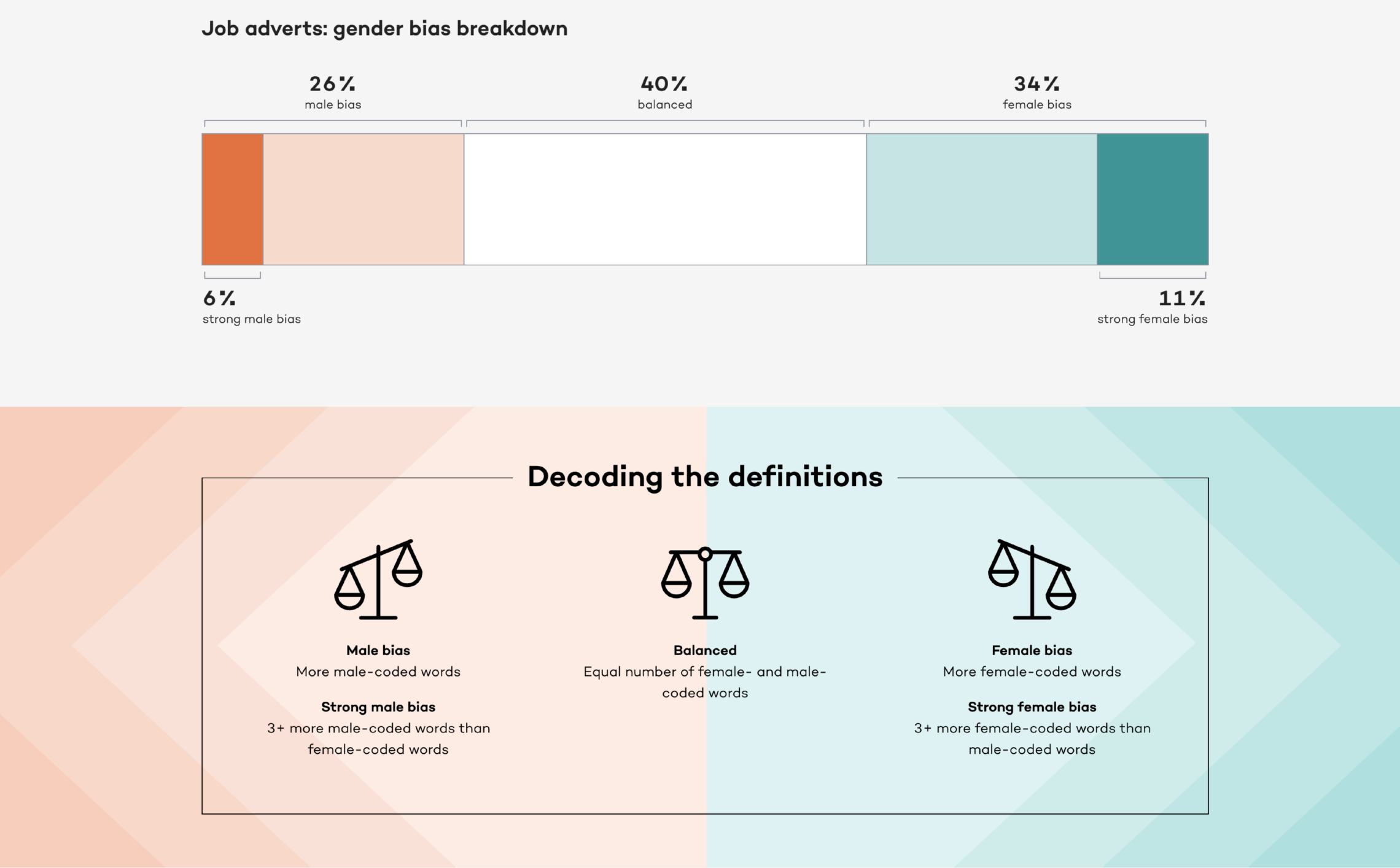